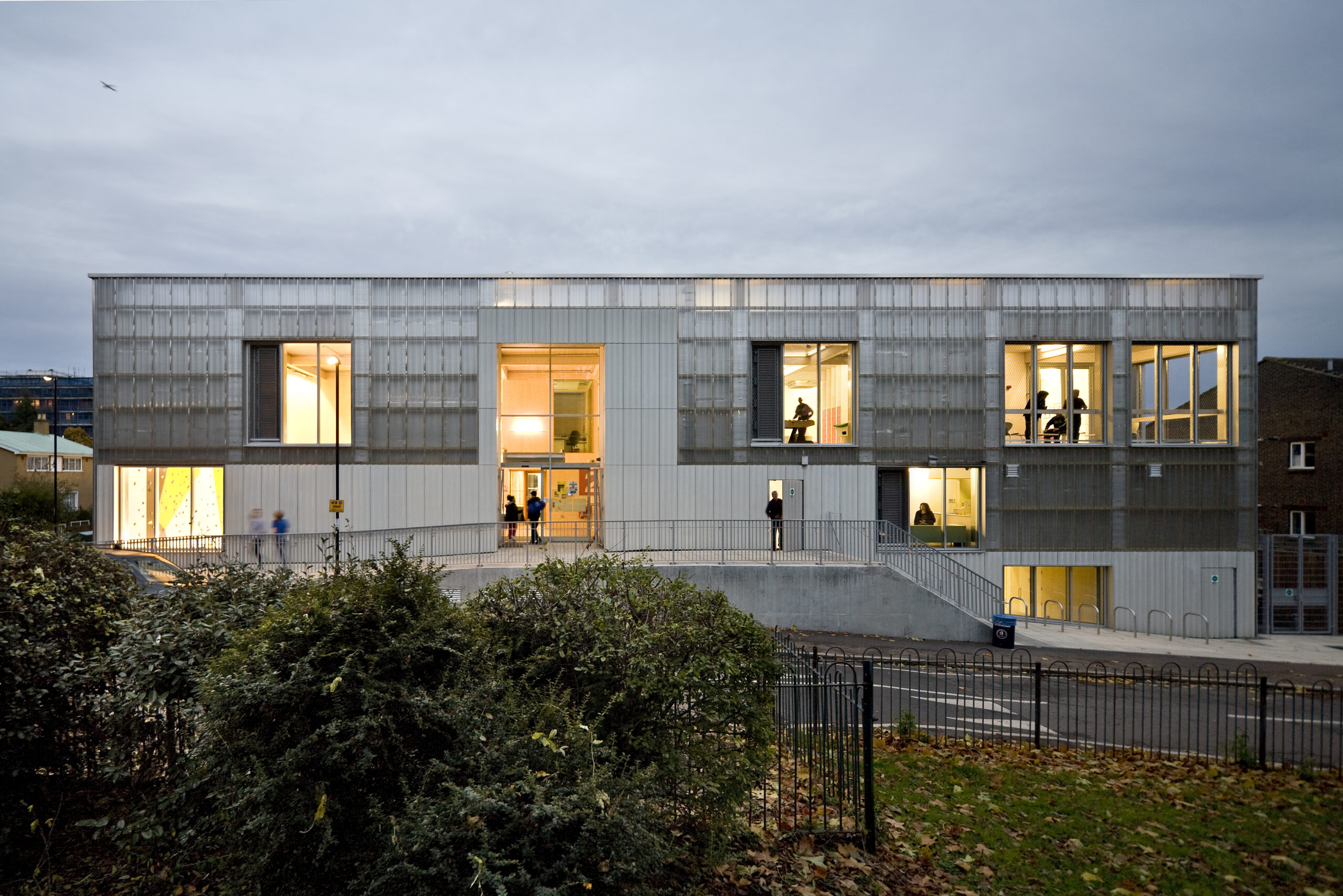 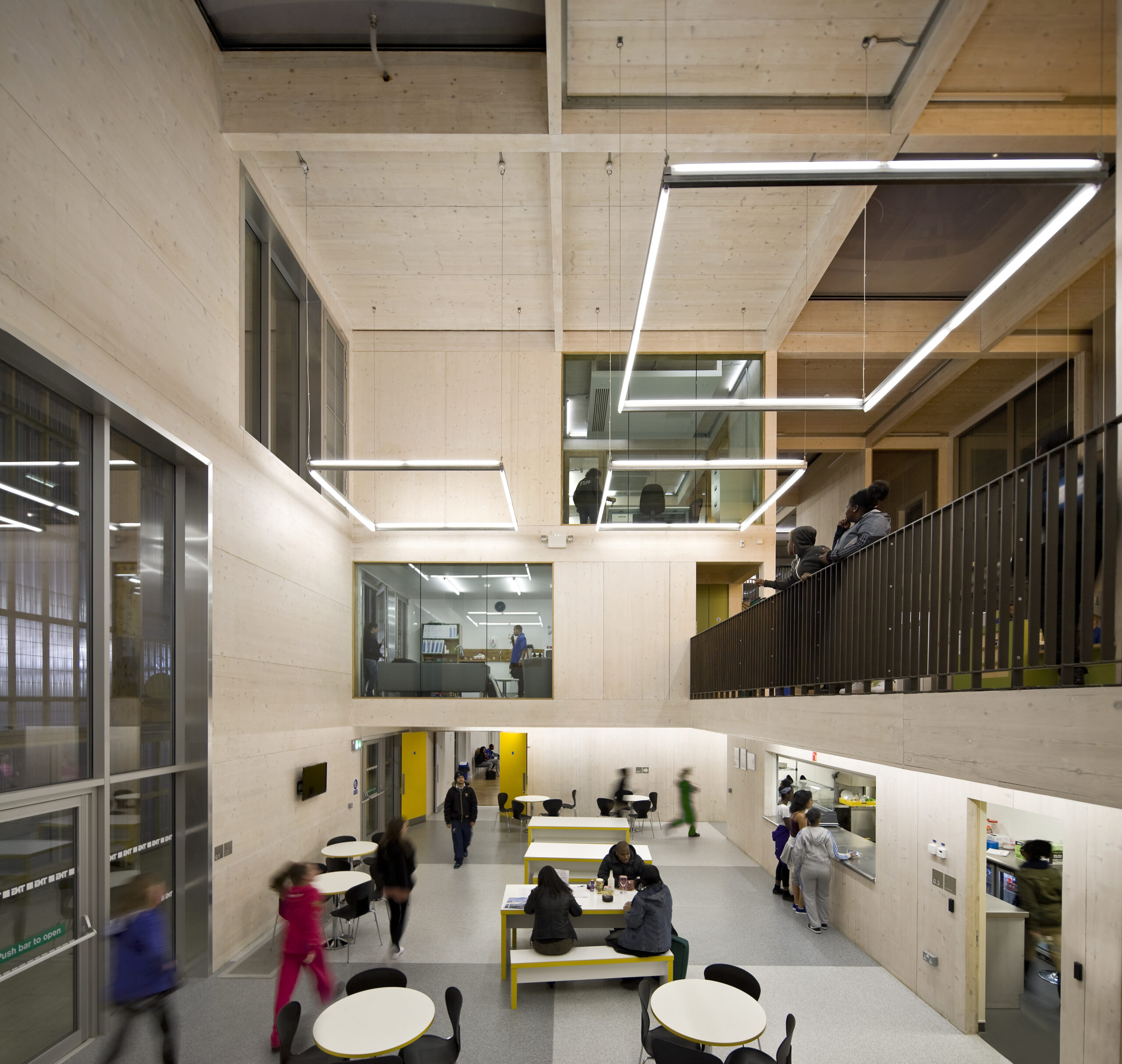 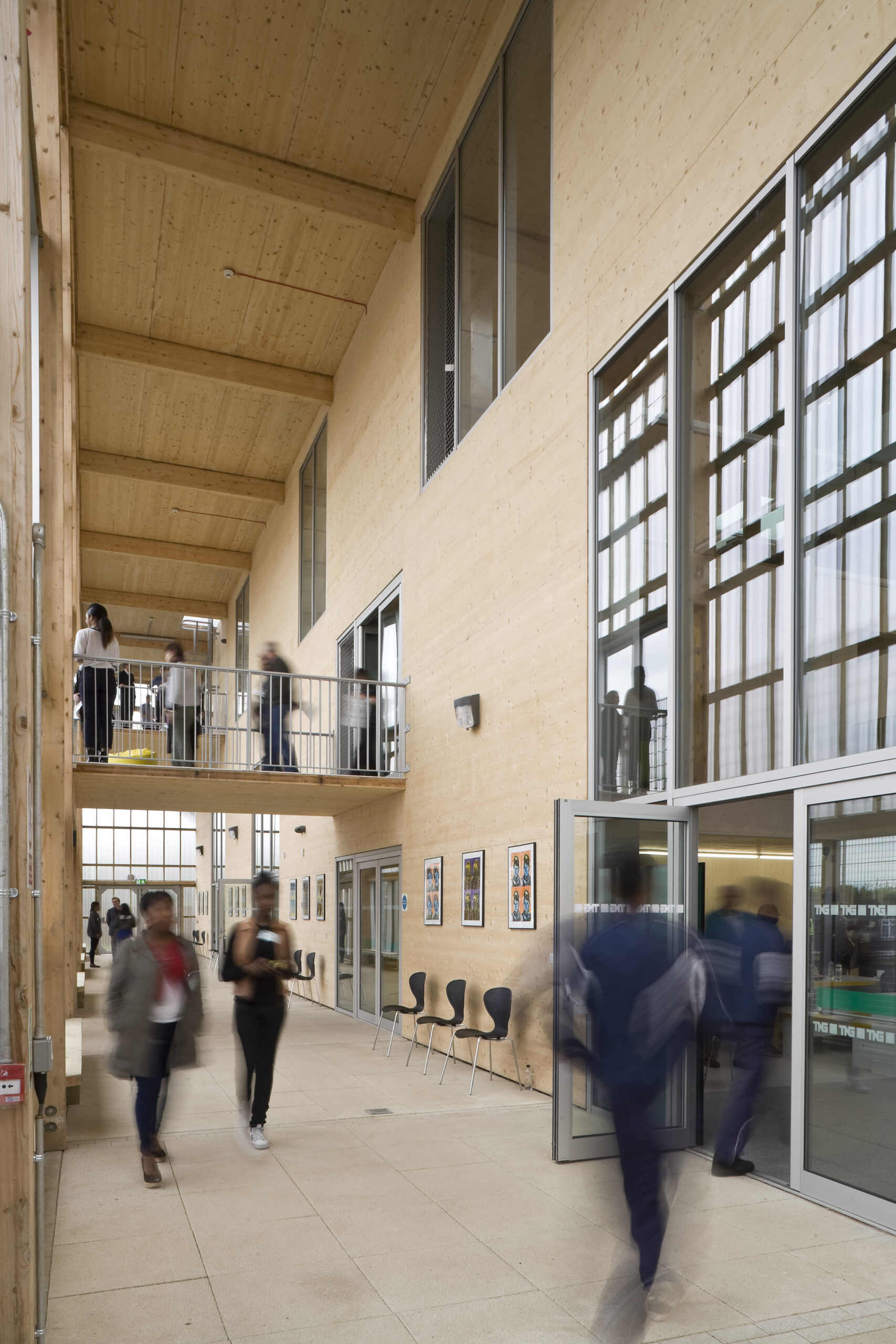 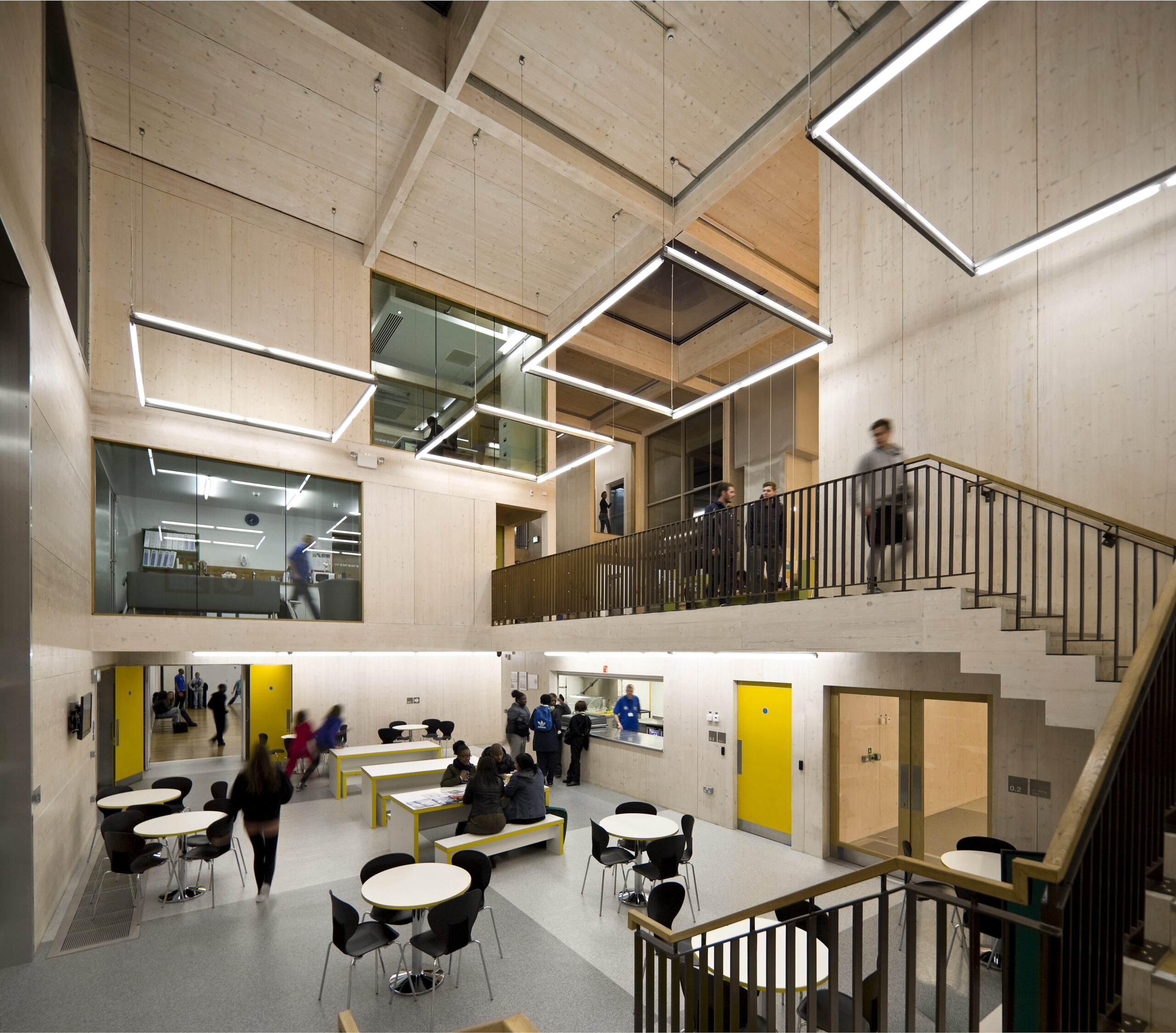 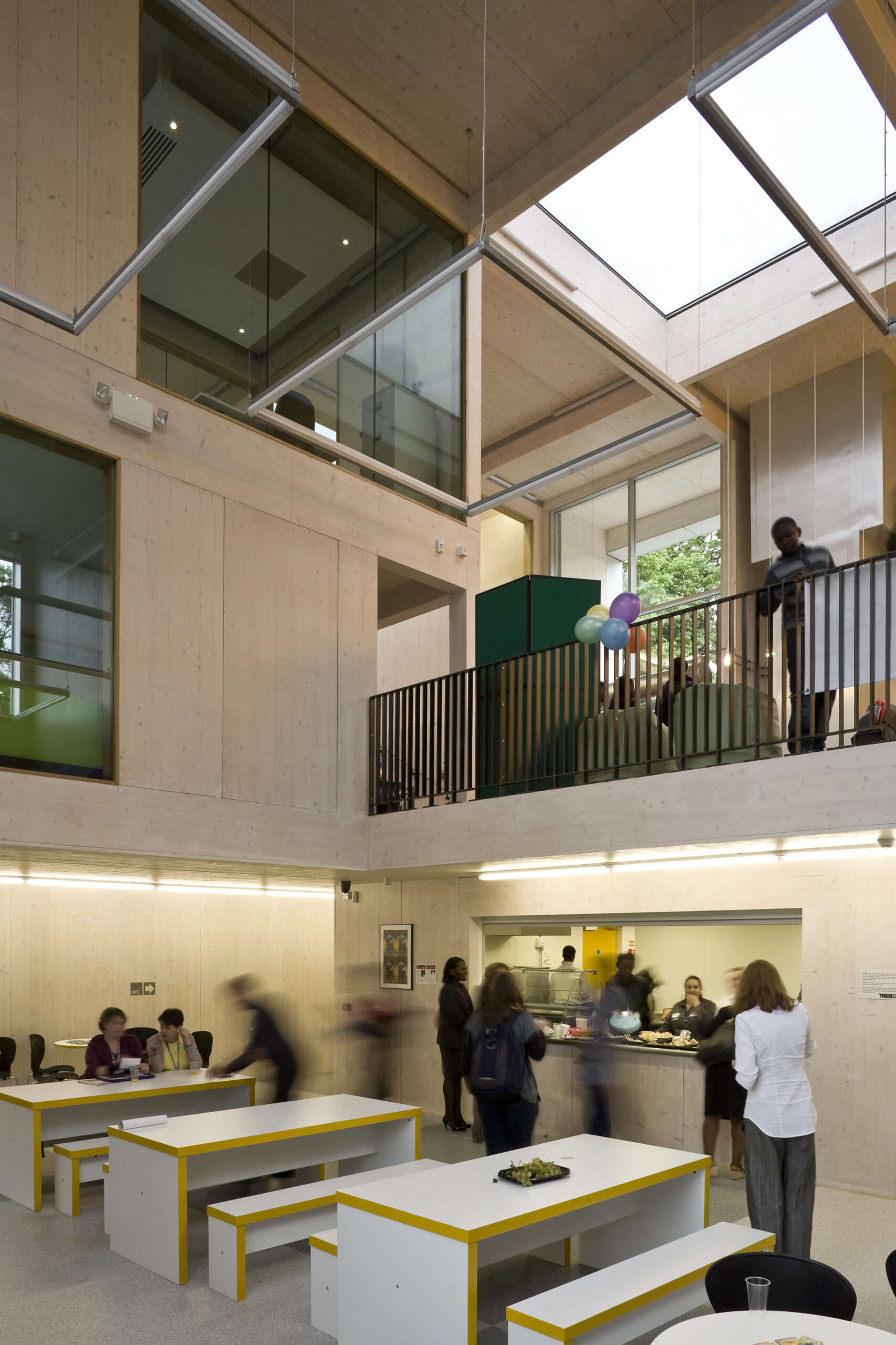 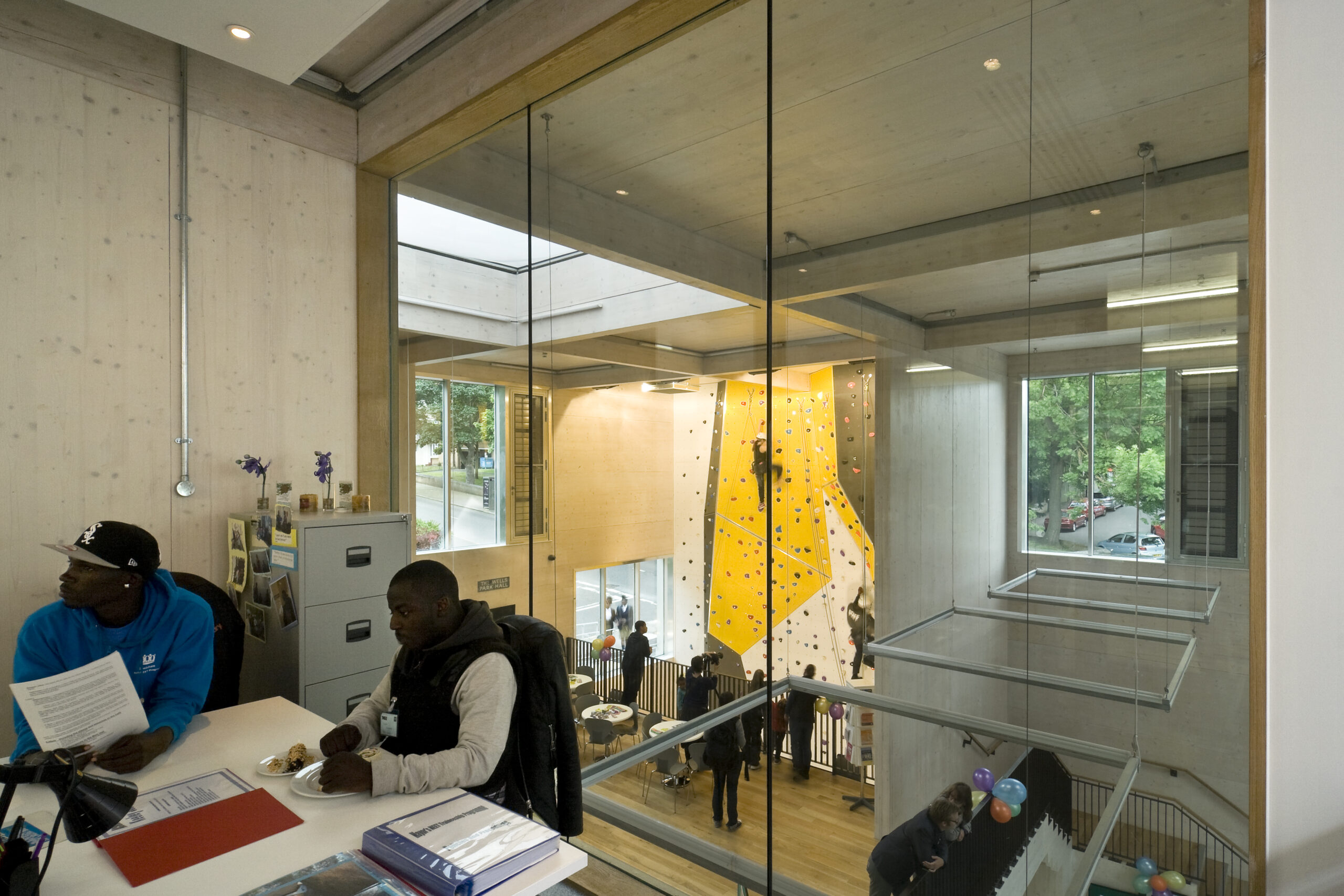 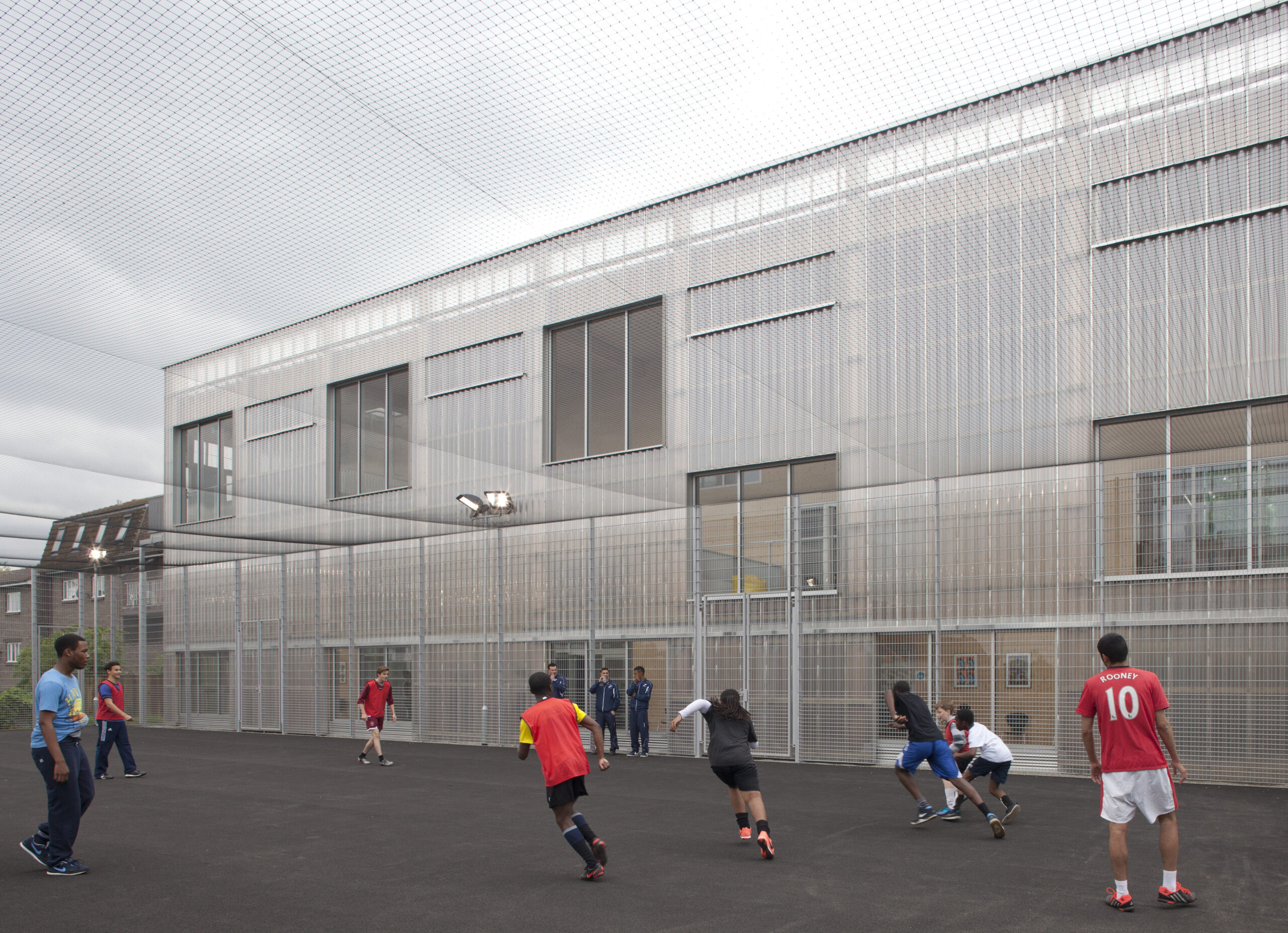 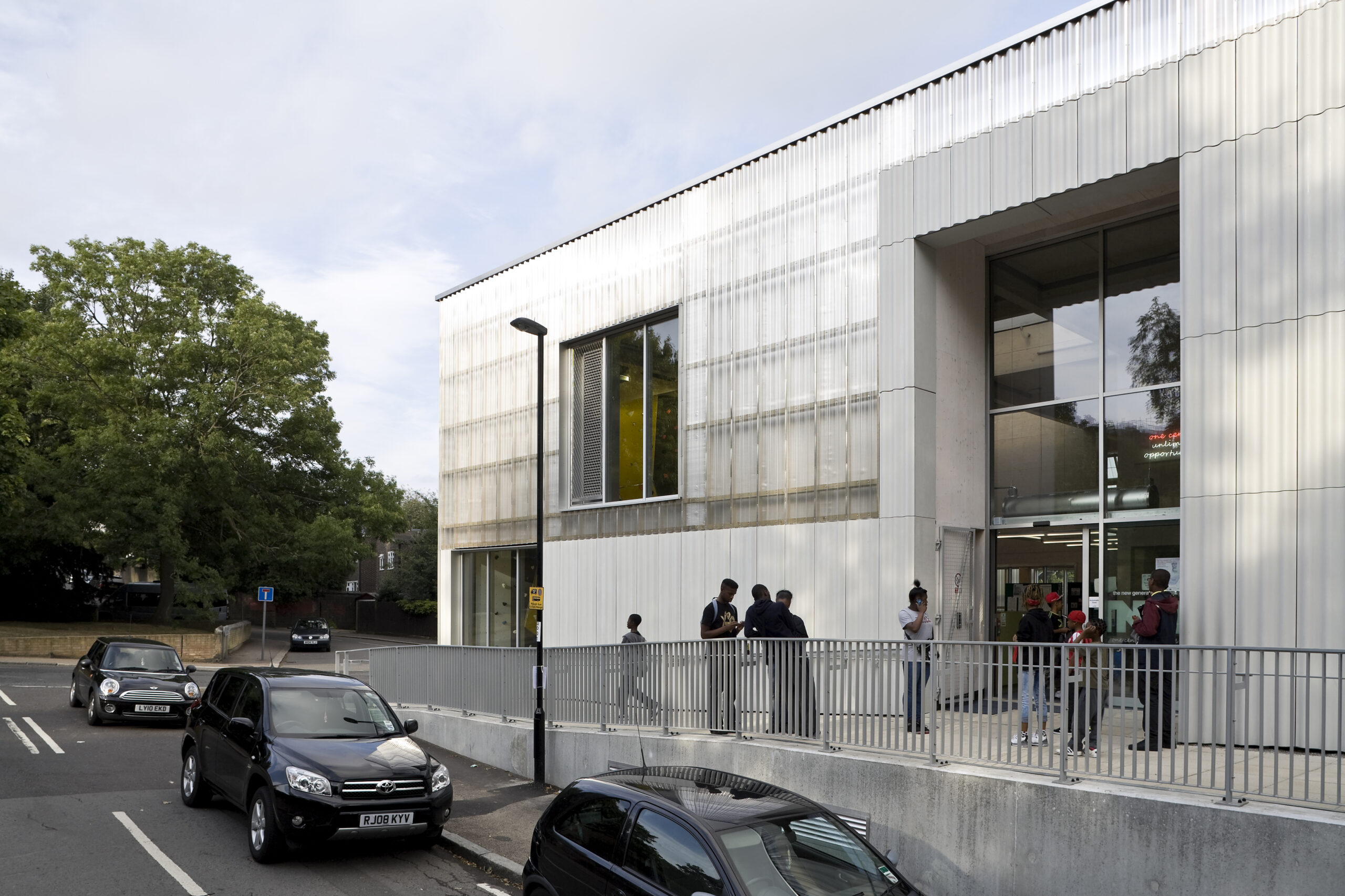 RCKa’s TNG Youth & Community Centre in Lewisham, south London, was officially opened to the public in June 2013. Funded by the Labour government’s MyPlace scheme, the centre provides a wide range of vocational, leisure and support services for the young people of Lewisham.

The 1200m2 centre is full of functional spaces; a training kitchen and cafe, a multi-use games area, recording studio, health-clinic, dance and performances spaces, teaching rooms and even a climbing wall. These spaces are arranged around several flexible areas that can enhance the utility of the building as a whole.

“a political and architectural triumph in equal measure.”

Adopting a broader role than solely the project architects, RCKa identified the capital funding stream (having worked on the part-funded OPEN youth venue in Norwich), and we were instrumental in the preparation the funding bid submitted to MyPlace scheme, which was subsequently selected from over 240 competing bids.

Working closely with Lewisham Council, its partners, and young people, RCKa developed proposals to satisfy a funding brief for a “world-class” building; from the use of innovative sustainable construction and high-quality design to extensive participation of young people, whose involvement continued through the detailed design, construction, management and governance of the building and services.

Central to this vision was the creation of a democratic and flexible building that responds to the changing demands of its occupants. A dramatic central space resolves complex site levels and forms a vibrant heart, providing an event landscape that engages and welcomes visitors, and is alive with activity and opportunity.

In contrast to the profiled glass and concrete outer shell, timber forms the basis for the structure and surface finish of the building. The CLT frame has a natural warmth but is also highly cost efficient.

A series of undefined spaces can be appropriated by the young people in whatever creative ways they see fit. The entrance foyer is one of these ‘in-between’ spaces that helps to connect all building levels. A triple-height wintergarden on the east side of the building is crossed with high-level balconies that provide important break-out space for all key uses. It acts as a thermal and physical buffer to the external multi-use games area, with surfaces left unfinished to encourage a wider range of uses than possible within the main building, whilst providing as much space as possible within the tight budget.