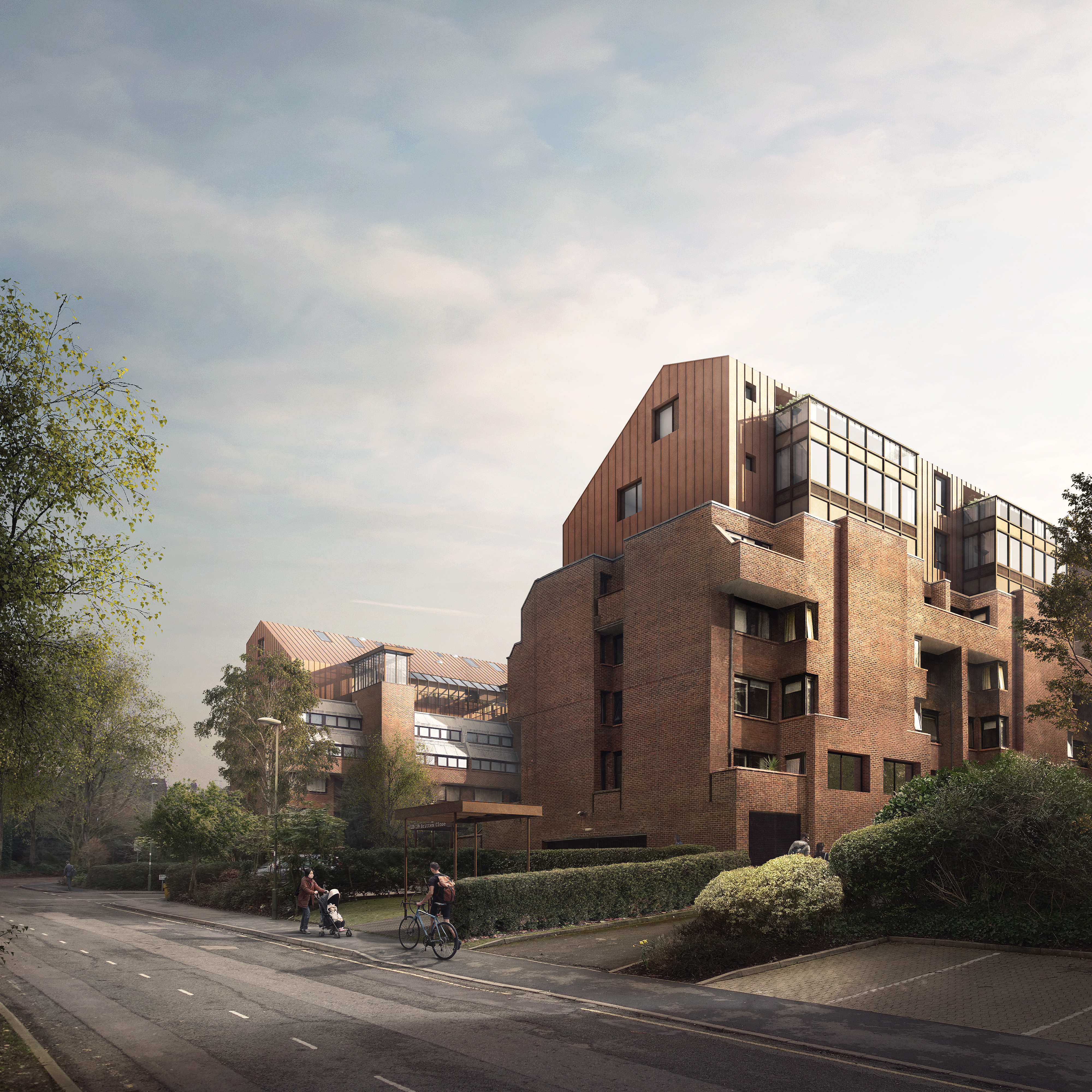 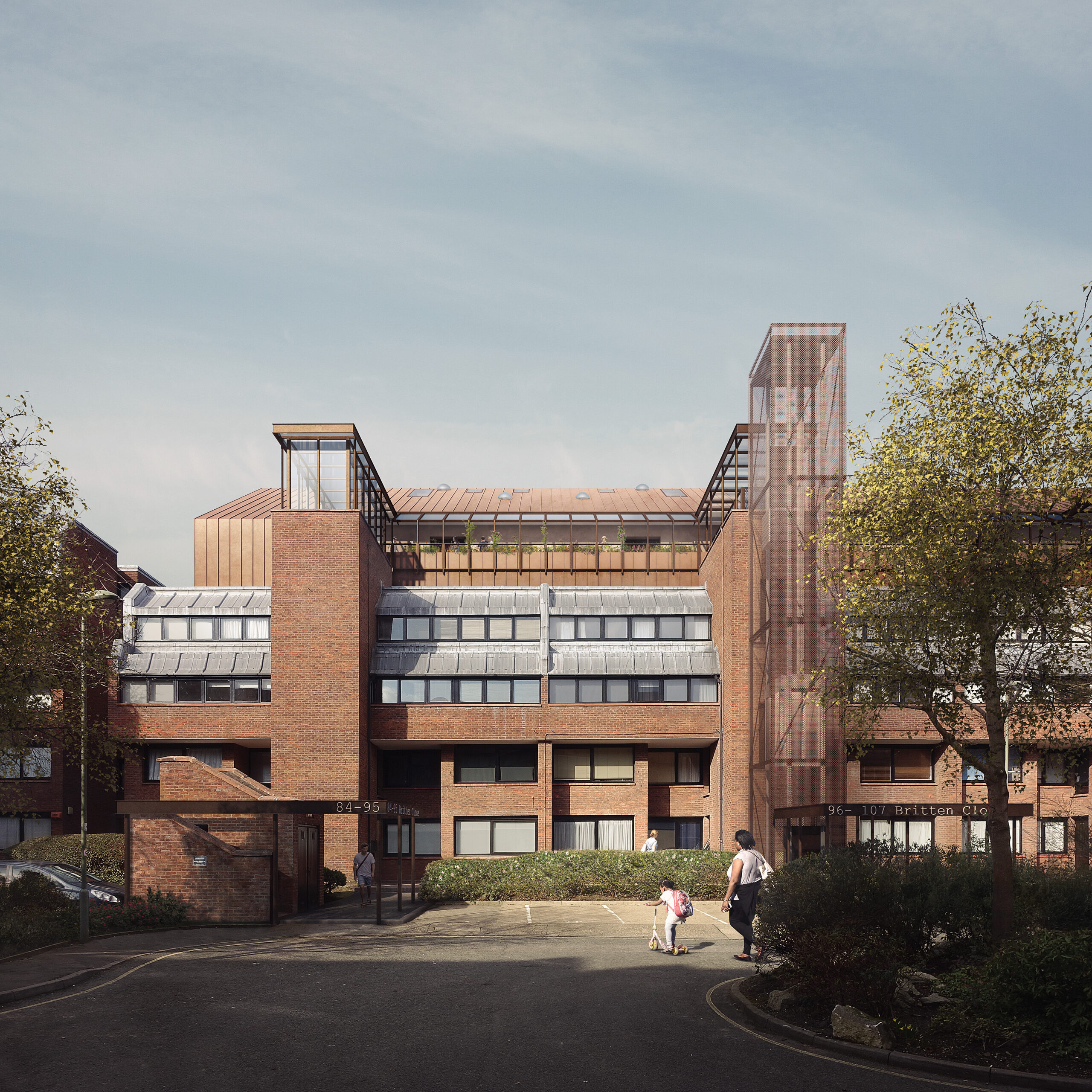 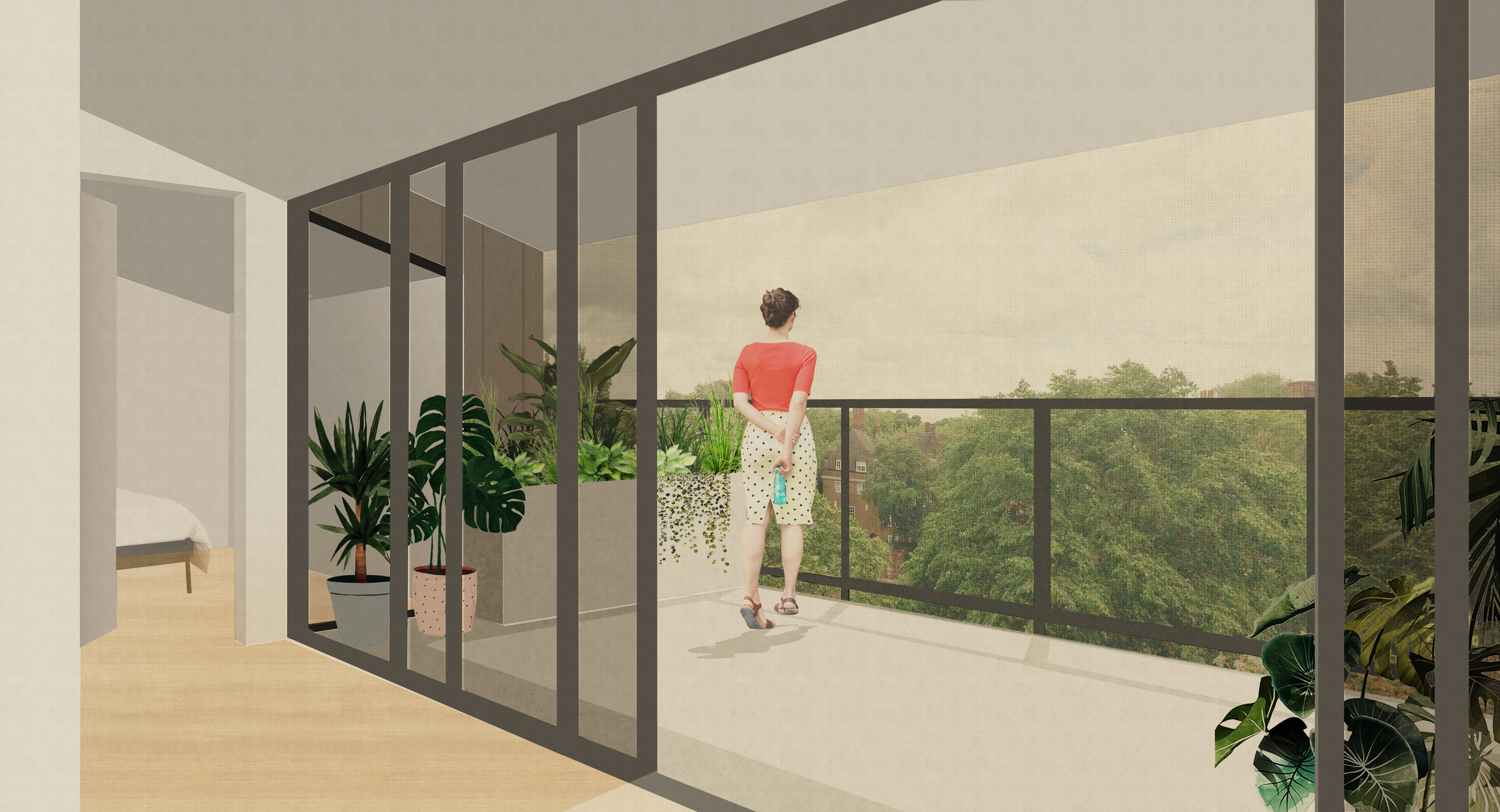 The existing estate at Chandos Way and Britten Close comprises over 200 existing flats within a series of ten four-storey blocks. We have worked closely with Barnet Council to develop a proposal which strikes a careful balance between respecting the bold, uncompromising architecture of the original buildings and the sensitive conservation areas on both sides.

Our proposal carefully inserts new structures on top of almost all of the existing blocks, with access provided via new lifts attached to the outside face of existing stair cores. Landscape improvements at ground floor level include enhancements to the public realm, new covered canopies and consolidation of existing bins and bike stores.

A key consideration in the development of the design was the visual impact on key strategic views from Hampstead Garden Suburb, and so the massing was carefully designed in collaboration with Barton Willmore’s visual impact team to ensure that the new extensions caused negligible harm to surrounding areas.