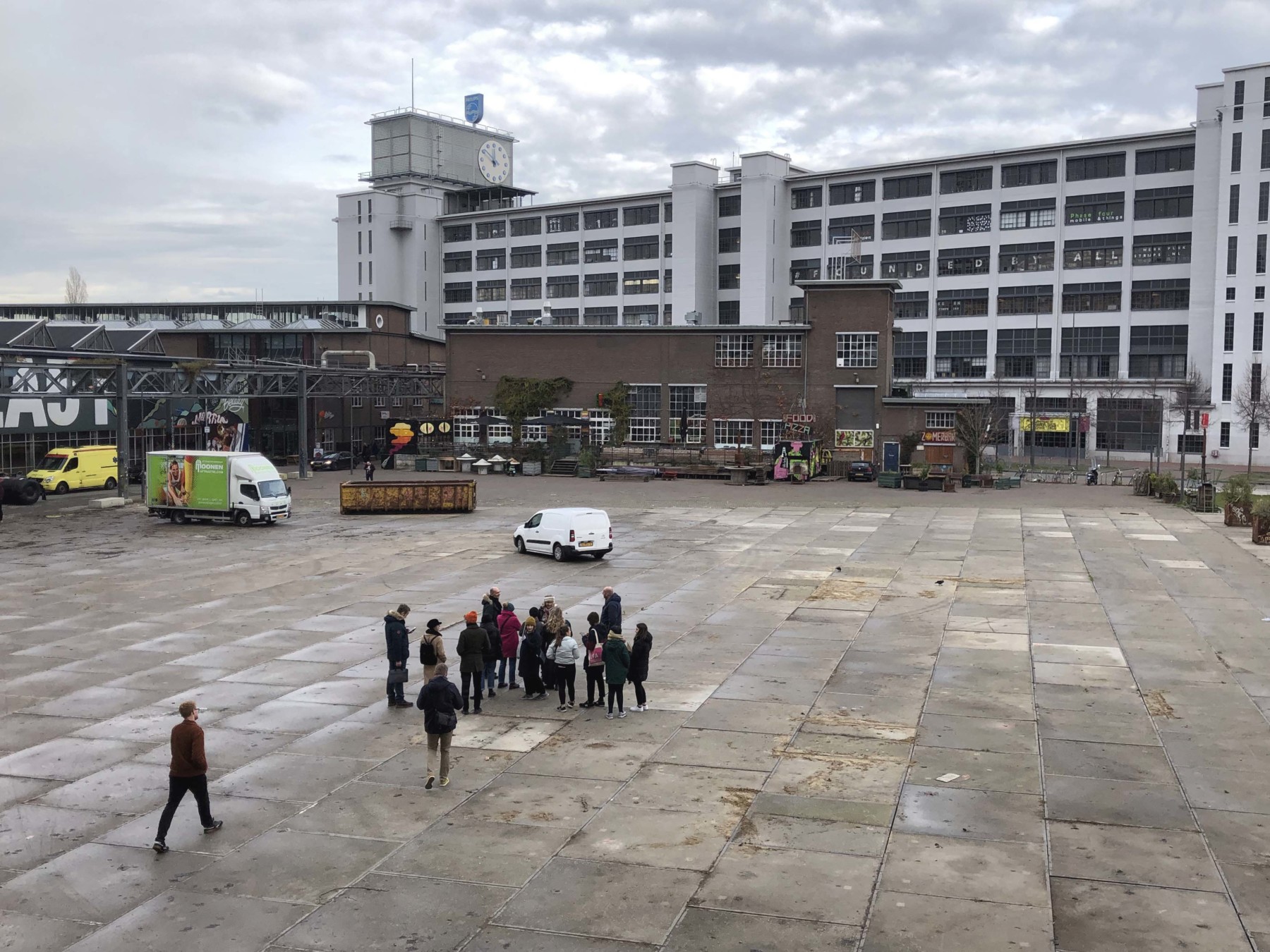 We started off our trip with a tour of the Strijp-S neighbourhood, a former industrial park which belonged to Philips. The area has undergone a huge shift in use and reputation since the departure of Philips in the late 90s, although remnants of the heritage remain and have contributed to the character of the area.

Today, Strijp-S has largely been influenced by the creative sector, with many former factory spaces being used for urban sports, studios, exhibition spaces and restaurant/cafes.

Our team explored the city with people, policy and place in mind – and how these aspects interlinked to influence the way spaces are occupied, used and developed.

Although we were only there for three days, it felt as though there was a playful willingness to experiment with vacant spaces and disused buildings. For example, on our tour we passed by ‘Plug-in-City’, an arrangement of reused shipping containers and borrowed materials has become a place where designers, artists, entrepreneurs and other professionals are able to develop and test out products/ services. Those that are successful then have the opportunity to relocate and further grow in Strijp T and R, also known as the ‘innovation districts’.

The development of Strijp-S appeared to have been bottom-up, with an existing ambitious community occupying the spaces, which was then supported by the city of Eindhoven and housing corporation Trudo. Similarly, The Clitterhouse Farm project we’ve been involed in this year is having a similar journey, with users of the site now being supported by Brent Council and Argent to develop a future vision for the farm and the local community.

The difference in use of the spaces has attracted a range of people to Eindhoven, which has allowed the city to move away from a solely tech-focused population and encourage various skills and backgrounds.

For more information on some of the areas and projects we visited during the trip, have a look at our Google Map.