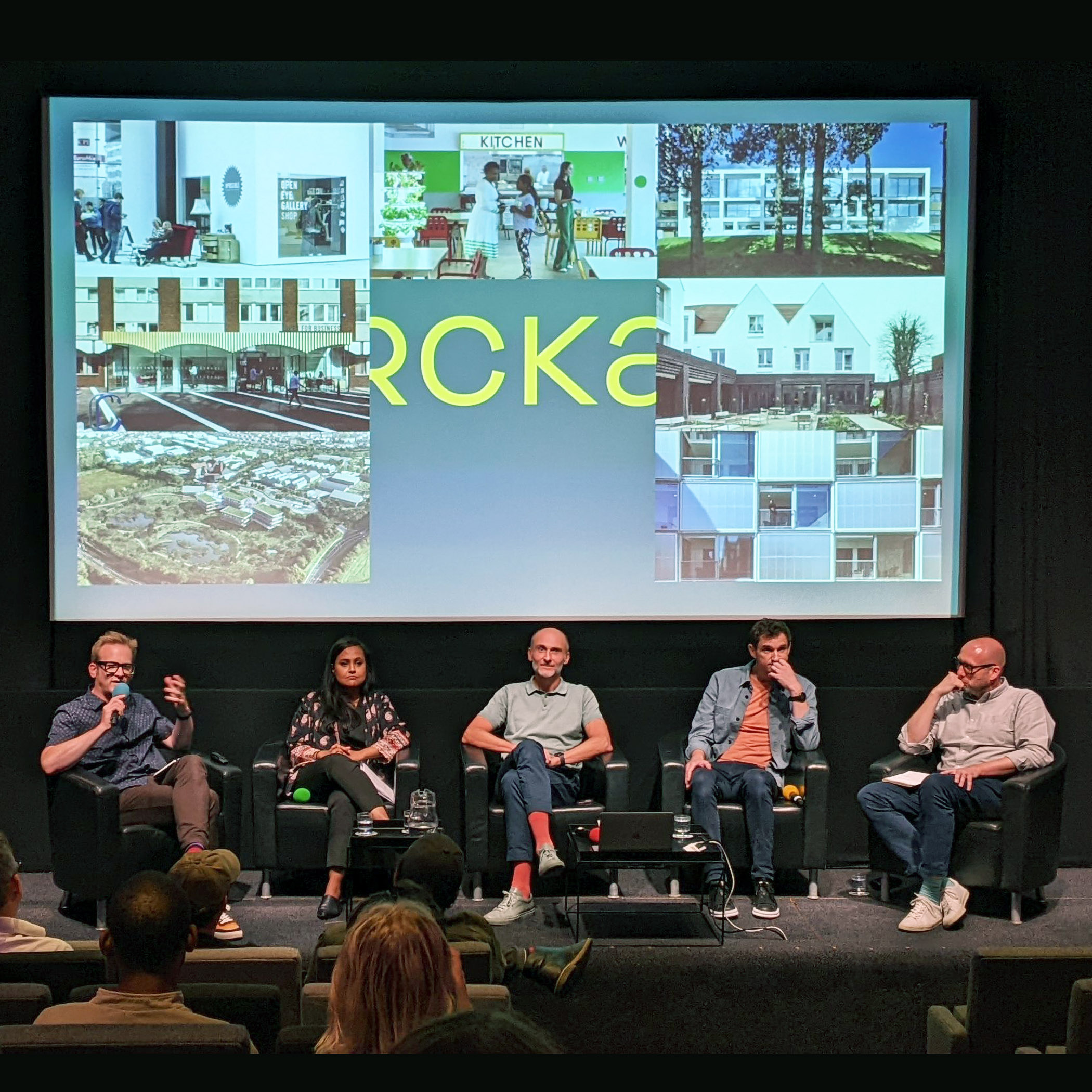 On 29 June RCKa appeared on stage at the Barbican, presenting a selection of projects both old and new, all viewed through the lens of positive outcomes: assessing the effects of the buildings we design on the people who live and work in them. Tony Staples started off with an examination of the community engagement process, explaining how his work at the Granville in Brent, and then Nourish Hub, in Hammersmith, have not only had a profound impact on the local community since they opened, but also how the process of co-design help empower young people and help them think critically about their own built environment.

Dieter Kleiner followed with a run-through of our TNG Youth & Community Centre, one of our first projects, which came about as a result of close collaboration with Lewisham Council, and the citizens of Sydenham and Wells Park. He described how the engagement process had a fundamental influence on the design, and how every young person who was involved in the design process then went on to employment, education or training. He explained how the building is designed to acts as a flexible infrastructure to support and adapt to the needs of the young people who use it. Dieter then made a comparison between TNG – which completed in 2014 – and Highgate Newtown Community Partnership, which we were appointed to design that same year. Currently on site and due to complete early in 2023, HNCP provides 41 new homes and a state-of-the-art community centre, all arranged around a new public square.

Tim Riley then expanded on the theme of circulation space, describing how we designed the Hortsley later-living scheme in Seaford to combat loneliness and social isolation. Circulation is too often considered by developers as a necessary evil; something to be minimised, yet with a little thought it can become a huge opportunity to embed a sense of ownership and belonging among residents. And help them live longer, healthier and more fulfilling lives.

Expanding on the theme of circulation space as social infrastructure, Tahera Rouf closed the lecture with a virtual tour of a new school we’ve designed for The Children’s Trust. TCT supports children and young people with brain injury and neurodisability, and the spaces within the new building have been designed to respond to their acute and specific needs.

We concluded the evening with a great series of questions from the audience, who probed us on every aspect of the practice, from our approach to employment and work/life balance, asking provocative questions about the wider world, and how architects can be a force for positive change.